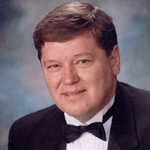 Greg Bimm attended Illinois State University from 1970-1974 graduating with a Bachelor of Music Education degree. He is a graduate of LaSalle-Peru Township High School and also holds a Master of Arts degree from Western Illinois University.

Since 1977, Mr. Bimm has been the band director at Marian Catholic High School in Chicago Heights, Illinois. Under his direction, the band program has grown from 60 to over 280 members and has earned a national reputation as one of the premier high school band programs in the United States.

In addition to his duties as Director of Bands at Marian Catholic High School, Mr. Bimm maintains a very busy schedule as guest conductor, clinician, drill writer, and music arranger throughout the United States and Canada.