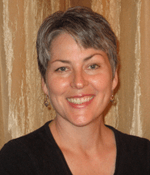 Jill Cordle started stage managing professionally in 1983 immediately after graduating as a member of Phi Beta Kappa from the University of Missouri - Columbia. Her first job was as the stage manager and technical director for a children’s theatre company that played in every state east of the Mississippi River. The job included driving the truck with sets for 36,000 miles.

After that, she considered getting out of the business. Instead, she accepted a faculty position at Southern Illinois University Edwardsville. After 2 years it was time for a change. Continuing her education, she went to graduate school at Illinois State University and received MA in Theatre. The theatre department provided her with an internship at the Manhattan Theatre Club in New York, where she spent her last semester of graduate school as a Production Assistant on the world premiere of the Beth Henley play, The Lucky Spot . She decided New York was the place to be and stayed on at Manhattan Theatre Club, working on props and in the subscription office.

Jill’s first few years in New York found her often on the road, touring with various types of theatre companies. She was the assistant technical director for MOMIX Dance Theatre for several years, traveling throughout the U.S., France, Greece and Italy. For two years, she was the co-technical director for The Boys Choir of Harlem. Jill stage managed the National Tours of Catskills on Broadway, Annie Warbucks and CATS . She worked extensively in regional theatre as well as off-off Broadway, including productions at The Women’s Project, Ensemble Studio Theatre, Manhattan Class Company, The Director Project for the Drama League, The Virginia Stage Company and The Emelin Theatre. Off-Broadway she stage managed numerous productions at the Manhattan Theatre Club as well as two new musicals at the Variety Arts Theatre, Annie Warbucks and Bring in the Morning . She spent several seasons as the Advance State Manager on the prestigious Summer Theatre Circuit, play at The Westport Country Playhouse, The Cape Playhouse and The Ogunquit Playhouse.

Jill made her Broadway debut in 1998 as the stage manager of ART. A treasured memory of that production was walking into the Royale Theatre on the first day at the same time as Alfred Molina, who was also making his Broadway debut. Since then she has staged managed the Broadway productions of The Tale of the Allergist’s Wife, Smokey Joe’s Cafe, True West, Reckless, and Glengarry Glenn Ross. Jill’s first show as a Production Stage Manager was The Odd Couple, starring Nathan Lane and Matthew Broderick. Since then she has been at the helm of November and God of Carnage on Broadway.

In 2002, Jill was honored with a Distinguished Alumni Service Award by the Illinois State University Theatre Department.

To date, Jill has stage managed more than 30 shows in a variety of venues.

Along the way she met and married fellow stage manager Ira Mont and had 2 children, Emma and Henry. In 2010 they are celebrating 20 happy years of marriage. She lives in Brooklyn and can’t imagine ever leaving.

“My time at ISU both as a graduate student and working for the Illinois Shakespeare Festival gave me the fundamental skills I’ve needed as a stage manager. I learned that theatre is a true collaboration. Student were thrown together on project and we sank or swam on our ability to work as a team to get the show up. Summer theatre was no different. Everyone’s skills and nerves were tested as we mounted heady Shakespeare plays in the tropical swampland at Ewing Manor.

Alvin Goldfarb was a good mentor to me during graduate school. He listened, prodded, laugh at me and supported me. He insisted that working together was the only way to get a show ready, and he was right. I treasure his pushing me to hone my skills as a coordinator mediator and collaborator. These skills have made me an effective stage manager today. Thanks Al and thanks ISU.”