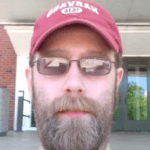 Joseph Court is a freelance sound designer and sound engineer. He folds an undergraduate degree in Theatre and a graduate degree in Arts Technology. While at Illinois State University he designed sound for both Theatre and Arts-Technology performances. His design for Amadeus was a finalist in 2004 in the KC/ACTF design competition. Since graduating in 2006 and moving to Chicago, Joe has continued to design extensively, both in Chicago and regionally.

In Chicago Joe is a company member with Mary-Arrchie Theatre Company. He is the Sound Engineer for the Chicago production of the Tony Award-winning musical Million Dollar Quartet. He also serves as Resident Sound Designer for Emerald City Theatre Company. He has also designed productions for A Red Orchid Theatre, Seanachi Theatre, Theatre7, Backstage Theatre, The Gift, Bohemian Theatre Ensemble, Rasaka Theatre and others. Regionally his work has been heard at the Illinois Shakespeare Festival and the Clarence Brown Theatre in Knoxville, TN.

In 2009 Joe was nominated for a Joseph Jefferson Award for his design for The Unseen with A Red Orchid Theatre.