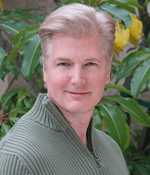 The Emmy-winning makeup artist for Star Trek: Voyager’s “Threshold,” has nine other Emmy nominations to his credit. He was also nominated for the Hollywood Makeup Guild Awards. Born in Peoria, Illinois, Brad now lives in Southern California, where he works in the entertainment industry. Besides being a Journeyman with the Makeup Artist and Hairstylists Union, Local 706, Brad has taught classes for UCLA and other national universities, as well as internationally on film and television makeup. He holds a master’s degree in makeup from the College Conservatory of Music. Brad has been listed in the Who’s Who in Entertainment and has worked on productions such as Pirates of the Caribbean III, Santa Claus III, Poseidon, Boston Legal, Crossing Jordan, Scrubs, Flintstones: Viva Rock Vegas, A Woman Named Jackie, Deep Space Nine, Congo, VOyager, Star TreK: First Contact, Star Trek: Insurrection, Star Trek: Undiscovered Country and Enterprise (to name just a few). Brad has written numerous articles on makeup, including co-writing the book, Star Trek: Aliens & Artifacts

“I cannot stress enough the impact a good education makes – not only for the present, but with every step through life. It will mold and shape you.”

Success is many things to people. To me, education is a way to empower yourself. While life won’t always be easy… it can be made more bearable with a sound education.