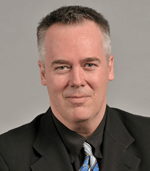 His students occupy positions in orchestras and universities throughout the world, and he was awarded the Outstanding Young Alumni Award by Illinois State University. He previously held professorships at DePaul University, University of Illinois at Chicago, The University of Notre Dame and The Oberlin Conservatory. As a soloist and clinician, he has performed and taught throughout North America, the Far East and Europe. A Swiss citizen, he also teaches at Ticino Musica in Lugano, Switzerland, and has traveled to Europe 110 times to give recitals and classes. His solo CD “Rex Martin Live in Japan” is available on the WAKO label.

““It would be impossible for me to imagine a better school for the goals i had in 1978 than Illinois State University. The combination of faculty, fellow students, location, and atmosphere was just what I needed. Among the excellent faculty, I must mention Jim Boitos and Arthur Corra as enormous influences that were “instrumental” in my education. However, the single most important professor, was my mentor Edward Livingston. He was the PERFECT fit for me and he continues to inspire and influence me and my students. I try to live by this quote from Ed:

The harder you work, the luckier you get.”