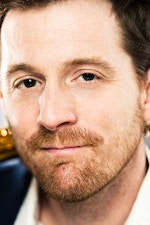 Dr. Nolen is also well known for his work with the award winning Iridium Quartet, with whom he has traveled and performed across North American for the past ten years, and recorded two CD’s of American music for saxophone quartet: Into Xylonia, and Skylines, both available on the Blue Griffin Record Label. Paul is a staunch advocate of new music and has commissioned works by composers such as William Bolcom, Roy Magnuson, Joshua Keeling, David Kirkland Garner, Peter Gilbert, Peter Lieuwen, Roy Magnuson, Marcus Maroney, David Maslanka, Sonia Morales, Karola Obermüller, David Rakowski, Ben Stonaker, and Carl Schimmel.

Dr. Nolen performs regularly with the Iridium Quartet, Peoria Symphony Orchestra, and the Heartland Festival Orchestras. He has given numerous masterclasses and lectures throughout the United States, including classes at the Brevard Music Festival, and has twice led an International Saxophone Course at the Aberystwyth MusicFest in Wales, UK. He received his Doctorate of Musical Arts and Master of Music degrees from Michigan State University with Joseph Lulloff, and his undergraduate degree in saxophone performances from the UMKC Conservatory of Music with Tim Timmons.