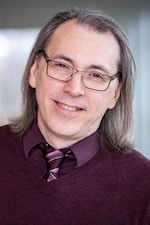 Shannon Epplett teaches courses in theatre history, theatre studies, devising, and arts administration. He holds a Ph.D. in Theatre History from University of Illinois Urbana-Champaign, and an MA from Illinois State University. His dissertation, “The Steppenwolf Scenario: The Habitus of Chicago’s Off-Loop Theatre,” traces the cultural and sociological origins of Chicago’s Off-Loop Theatre community. He has presented papers at MATC, ATHE, and at the 2011 Chicago Theatre History Symposium. His first article “The Press Release as Bully Pulpit: Stormfield Theatre Calls It A Day” appeared in the 2015 New England Theatre Journal, and his second, “The Waterloo Summer of the Prince of Wales’s Theatre: New Writing, Old Friends, and Early Realism in the Victorian Theatre” appeared in the 2017 Theatre History Studies. He has contributed a chapter to the forthcoming book, Makeshift Chicago Stages: A Century of Theatre and Performance, focused on role the Fine Arts Building played in Chicago's art theatre movement at the beginning of the twentieth century. He been a fellow of the Newberry Library twice, first as part of the Newberry Consortium in American Indian Studies, and then as the Susan Kelly Power and Helen Hornbeck Tanner Fellow. Shannon is a member of the Sault Ste. Marie Tribe of Chippewa Indians and is developing a performance piece based on the life of Anishinaabe poet Jane Johnston Schoolcraft. Between 1993 and 2009, he worked in the Chicago theatre and dance community as a director, deviser, designer, and arts administrator.

271.002Studies of Non-Western Film and Theatre

375.001Theatre And Performance Of The Americas