Instructional Assistant Professor of Acting
School of Theatre and Dance 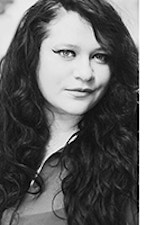 Kelsey Fisher-Waits is an actor, director, teaching artist, and dialect coach. She currently serves as Instructional Assistant Professor of Acting here at Illinois State University, where she teaches both acting and voice. Kelsey has been seen on stages across Oklahoma, Texas, and now Illinois, with The Illinois Shakespeare Festival. Kelsey received her MFA in Performance & Pedagogy from Texas Tech University, where she was awarded the Helen DeVitt Jones Excellence in Graduate Teaching award, and a BFA in Performance from the University of Central Oklahoma.