Professor of Music
School of Music 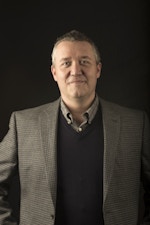 Dr. Vickers earned his Doctor of Musical Arts from the University of Illinois at Urbana-Champaign, where he also completed the coursework for the Ph.D. in Musicology.

I champion the creation of new vocal music. I am actively involved in commissioning and premiering new song cycles and bringing them to the concert hall and the recording studio. My vocal repertoire includes virtually all of Benjamin Britten's song cycles, alongside an ever-increasing number of major British song cycles.

After an enjoyable career on the operatic stage, I am currently working on writing a number of opera librettos with American composers.

Increasingly, I devote a great deal of my time to musicological research and writing. I am presently writing "The Aldeburgh Festival of Music and the Arts: A History of the Britten and Pears Era, 1948–1986" for The Boydell Press. I have edited and contributed to "Benjamin Britten in Context" (Cambridge University Press, 2022) and "Benjamin Britten Studies: Essays on An Inexplicit Art" (The Boydell Press, 2016), in addition to multiple published essays and chapters on British music, including my 2009 discovery and premiere of Britten's "Epilogue" to his Holocaust-inspired song cycle "The Holy Sonnets of John Donne" (Musical Times and "Literary Britten: Words and Music in Benjamin Britten's Vocal Works").

My archival research focuses almost exclusively on Benjamin Britten's founding of the English Opera Group (1947) and the Aldeburgh Festival of Music and the Arts (1948); Musicology with a primary focus on the twentieth-century British Isles; the career and repertoire of tenor Peter Pears and his extensive commissions and premieres of new vocal works, as well as the influence of his seminal recordings of such works.

I am genuinely thrilled to work with advanced undergraduate and graduate students on independent studies and master's theses related to any of my areas of specialization.