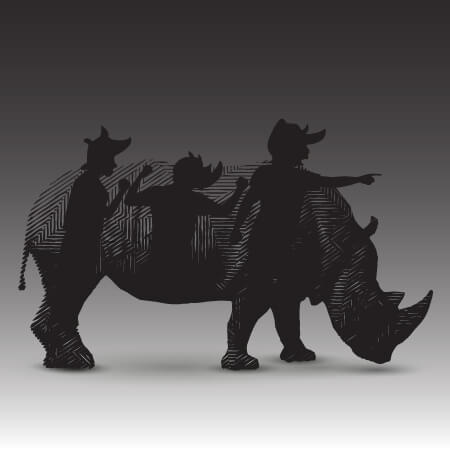 The sublime is confused with the ridiculous in this savage commentary on the human condition, a staple of every theatre classroom and 20th century drama. A small town is besieged by one roaring citizen who becomes a rhinoceros and proceeds to trample on the social order. As more citizens are transformed into rhinoceroses, the trampling becomes overwhelming, and more and more citizens become rhinoceroses. One sane man, Berenger, remains, unable to change his form and identity.